WordPress 4.9 – Whats new on the plate this time? 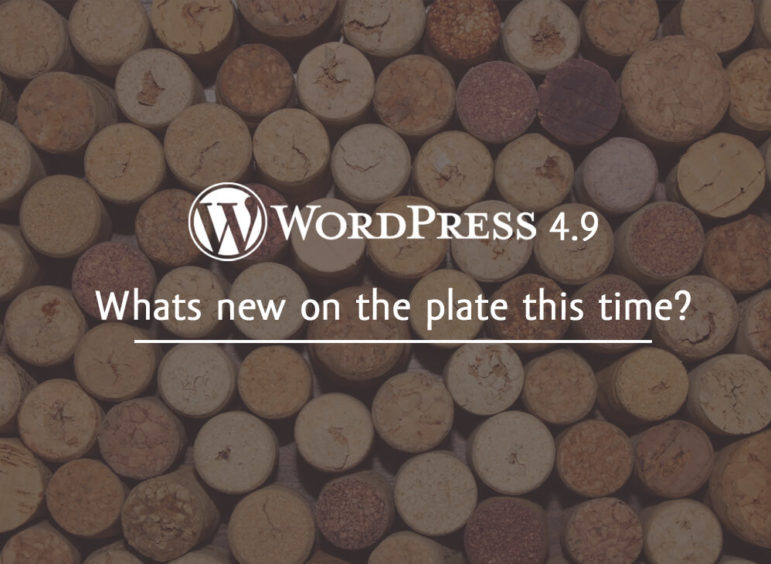 WordPress 4.9 beta version is released and it is the best time to explore the latest features that are coming to the table with the new WordPress update. Although the main attractions are drafting & scheduling changes in the customizer, the new version will offer many improved features.

WordPress 4.9 is scheduled to be released on November 14. Before that, the beta version is released in order to provide an overview of the upcoming features. Let’s deep dive into WordPress 4.9 beta version to discover the improved features and know how they will ease your future projects.

Draft & Schedule the changes in the customizer

While you writing HTML code & adding media is awkward for the developers. WordPress 4.9 prevents this problem by adding a Media button on the top of the text widget.

WordPress 4.8 already have a media widget and image widget. Now the upcoming version is offering a Gallery widget, which will allow creating a native gallery and using it in any widget area. Apart from you will have an option to edit it by adding and deleting images.

The upcoming version will provide an improved code editing experience. You will get better editing options in CSS editor or plugin editor. You have a syntax highlighting, code suggestions and autocompletion options.  It will automatically fix common coding mistakes.

With WordPress 4.8 users struggle to find the menu if they forget to specify it after selecting Add a Menu. It surprising for a developer that never show up on the site. The new version eliminates the confusion, as you can select to create New Menu.

The current WordPress version does not display the status of saved files. Only an indication can be made by disabling of Save and Publish buttons. There is no proper location for such indications. In WordPress 4.9, such messages are going to be displaying in the Global Notification area under ‘Save’ and ‘Publish’ buttons.

These fantastic new and improved features that you are going to see in the final release of WordPress 4.9. We excited to provide support for WordPress 4.9 after the version is launch. Drop us a line and share your feedback about how WordPress 4.9 version will impact your development life.